Is Your Sunscreen Killing The Coral Reefs? 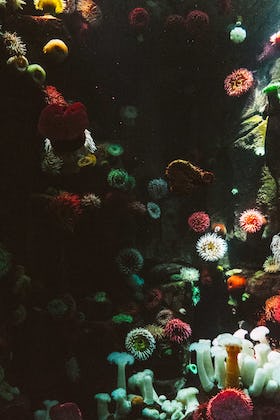 In May of 2018, the state of Hawaii made a groundbreaking move to completely ban the sales non-reef safe sunscreen - why, you ask? Banning certain types of sunscreen in a place that’s tropical 365 days of the year at first sounds like a terrible idea, but let’s look closer.

Although it sounds kind of drastic, it was a move that was essential in order to preserve and protect the natural beauty of Hawaiian reefs - and hopefully sets an example for the world to take action.

Approximately 25 to 60 MILLION bottles worth of sunscreen wash off into the ocean every year - more than enough to make an impact on sea life.

The two banned sunscreen ingredients, octinoxate and oxybenzone, were established as a direct cause of coral bleaching - essentially signing a death notice to the native Hawaiian coral. It only takes the equivalent amount of a drop of water in 3 Olympic-sized swimming pools for these two ingredients to affect the surrounding coral. If the oceans lose coral, entire habitats for other sea life will be lost - potentially irreversibly damaging our oceans if we don’t do something about it!

So, What Is Coral Bleaching?

Coral bleaching is the result of an overly stressed coral basically evicting its resident algae, which not only lend coral it’s vibrant colors but also supply the coral with a source of food in a symbiotic relationship. When coral gets bleached, it essentially gets so stressed that it can’t feed or reproduce, and starves to death - a fate that faces coral reefs around the world.

Being poisoned by sunscreen isn’t the only factor that contributes to global coral bleaching - rising sea temperatures, acidifying oceans, and pollutants such as pesticides making their way into the sea also contribute. It’s so important to be aware of every single one of these factors so we can address them and prevent as much coral bleaching as possible. Avoiding coral-killing sunscreens is just the first step to protecting our oceans.

What Can I Do?

Check for reef-safe labels, AND learn what exactly the harmful ingredients are so that you know what you’re looking for when you buy your next sunscreen.

Unfortunately, just because of how cosmetic labeling works, octinoxate and oxybenzone can sometimes appear under different names on some ingredients lists - we’ve added the other names to our handy list of tips so you know exactly what you’re looking for!

Here are our top tips for ensuring your sunscreen isn’t contributing coral bleaching: 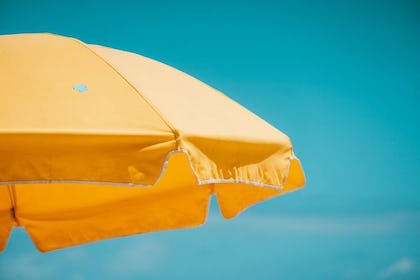 What UV index is best for tanning?

We all know that the sun shines differently in different parts of the world, and I’m sure most of us have heard of the UV index. But what’s the UV index got to do with tanning? How do you tan without burning and can the UV index help you do it? 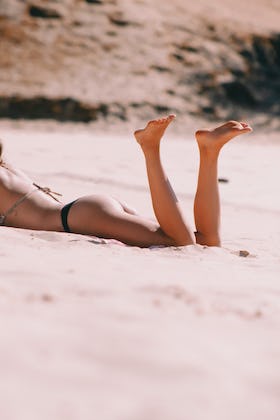 The summer is here in the US, which means most of us spend more time outdoors, in the sun. Exposure to the sun during daily activities can cause sunburn, the skin's visible reaction to ultraviolet (UV) radiation. Sunlight is the most common form of UV radiation, and it breaks down into three types of rays: UVA, UVB, and UVC. Unlike sunlight, which you can feel and see, UV radiation is less identifiable and can cause irreversible damage to the skin, such as blisters, burns, or premature aging, if not appropriately avoided. People who have fair skin, moles, or freckles, are most likely to develop sunburns through the summer, although it can happen to anyone at any time. It can damage your skin even on cool, cloudy days, from behind a window or through clothing. 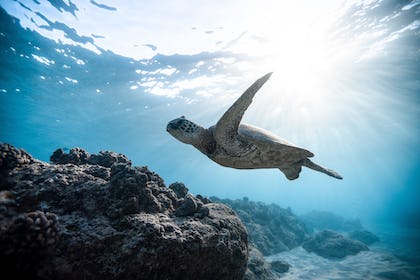 Coral Reefs: Where are They Found, How are They Formed, and What Can we do to Protect Them?

Coral reefs are diverse ecosystems formed under tropical waters that contain many types of fish, invertebrates, and other marine life such as sea turtles, sponges, and seahorses. coral reefs, commonly referred to as “rainforests of the sea,” are home to almost 1/4 of the total species living in the sea. But did you know that coral reefs are actually alive? In honor of Earth Day this year, dive into the wonders of coral formation with, and how coral reefs are formed, where coral reefs are found, and how you can protect these beautiful underwater paradises!